Restless Youth: Growing up in Europe

“Restless Youth: Growing up in Europe, 1945 to Now” is the title of the very interesting exhibition currently presented in the House of European History in Brussels. The expo opened in March 2019 and runs until the end of February 2020.

The exhibition explores the defining experiences of youth, from education, employment and identity issues, to becoming politically active and falling in love. In the past 70 years, young people in Europe have gone from being a group to whom history happened, to a group that actually makes history. This exhibition looks at four generations of young people who came of age at key moments in the European story: the late 1940s, the 1960s, the 1980s and the 2000s.

Such experiences are inevitably shaped by the politics, society, culture and economics of the time. Being young in an affluent and free society is very different from a youth shaped by poverty or political oppression. The expo takes note of the big changes – across Europe, young people chose to break with the values of their parents and view themselves as a distinct generation with their own culture and values.

Visitors can learn why the history of young people since the 1940s in Europe is one of transnational connections, agitation for social change and greater individual freedom – as well as the pursuit of material improvement and open cultural expression. As for the history of childhood after the 1960s, the history of youth has now become the focus of research and increasing interest, especially since the 50th anniversary of 1968 events.

In the wake of the economic crisis and general crisis with the European project, the impact of unemployment and emigration on young people shows the real impact that this demographic group can have on the society. Public debates often refer to the emergence of a ‘lost generation’ of young Europeans. This is another reason why this expo is very relevant today and even though it is focused on the young people, it is not just for them.

The House of European History is located in the Parc Léopold at the heart of the European Quarter. The museum is unique in sharing the transnational, European approach to the history of the entire continent.

Planning a visit? It’s easy!
The museum is open every day, the admission is free and its permanent exhibition is available in all 24 official languages of the EU.

Meredith Geldof is a Flemish girl who moved to Brussels and enjoys exploring the city. She runs the instagram account @ellesbxl together with her sister Josefien - follow them for more interesting adventures!

7th BANAD Brussels Art Nouveau and Deco Festival is back in Town!

Art Nouveau in the Spotlight of the 68th BRAFA Art Fair

Fireworks are back for the New Year Eve in Brussels!

Exploring the best of Brussels since 2014.

Addicted to cultural life of Brussels, fashion photography and dark…

Boro is the founder and editor-in-chief of WeLoveBrussels. His interests…

Dorka is a Hungarian expat living in Brussels for 10 years. Admirer of…

A urologist by profession, and a photographer by passion. I try to…

Half-Italian, half-German girl who has just moved to Bruxelles.…

Karolina is a blogger sharing stories on European cities, local…

I am Kate. I've lived in Brussels for 16 years and am still discovering… 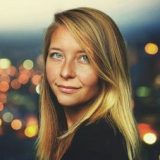 Meredith Geldof is a Flemish girl who moved to Brussels and enjoys exploring the city. She…
View Posts

This website uses cookies to improve your experience while you navigate through the website. Out of these, the cookies that are categorized as necessary are stored on your browser as they are essential for the working of basic functionalities of the website. We also use third-party cookies that help us analyze and understand how you use this website. These cookies will be stored in your browser only with your consent. You also have the option to opt-out of these cookies. But opting out of some of these cookies may affect your browsing experience.
Necessary Always Enabled
Necessary cookies are absolutely essential for the website to function properly. This category only includes cookies that ensures basic functionalities and security features of the website. These cookies do not store any personal information.
Non-necessary
Any cookies that may not be particularly necessary for the website to function and is used specifically to collect user personal data via analytics, ads, other embedded contents are termed as non-necessary cookies. It is mandatory to procure user consent prior to running these cookies on your website.
SAVE & ACCEPT